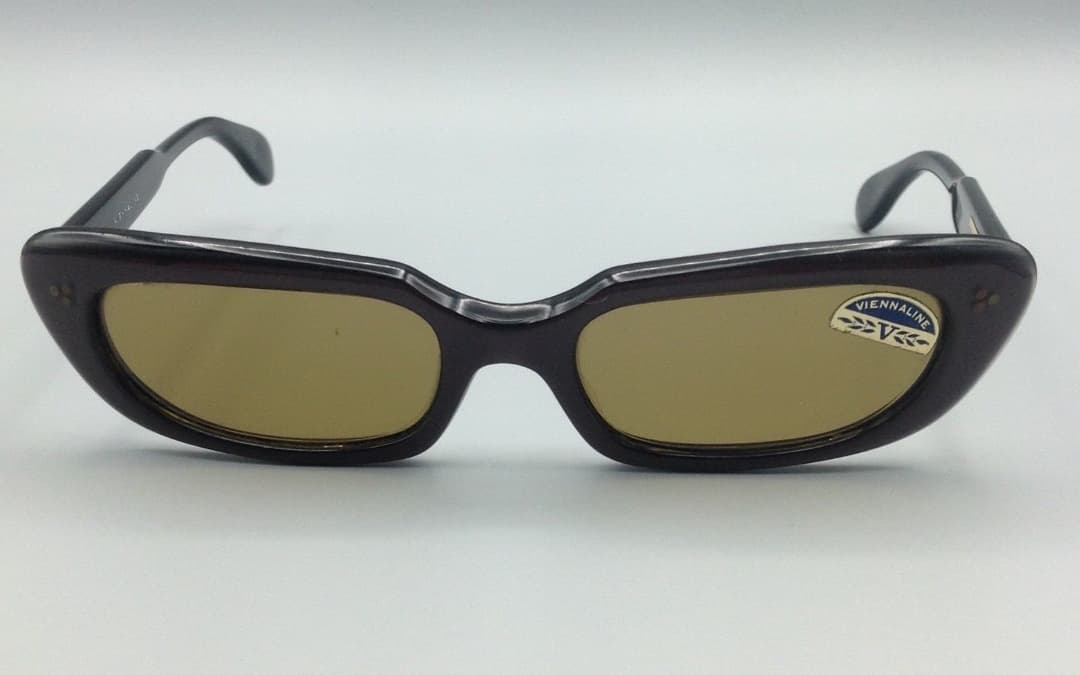 The ViennaLine brand was founded in the 1950s by Austrian Wilhelm Anger, former founder of Carrera and inventor of Optyl. Anger had the line designed by Udo Proksch, a brilliant and prolific eyewear designer who had already worked for Carrera.

Anger and Proksch quickly created one of the most glamorous retro eyewear fashion houses in Europe and in the 60s and 90s they offered acetate frames with distinctive and colorful lines with a vintage taste, elegant and unmistakable.

Proksch’s choice of the name ViennaLine is not random. Today Vienna is a quiet Central European city with pleasant architecture, but for the popular imagination of the fifties it is one of the hot spots in the world. A sophisticated city rich in culture – opera, music, ballet – and at the same time, given its proximity to the Soviet Union, a dangerous centre of espionage and international intrigue. The name ViennaLine is as evocative and exciting as are today the most exotic names and this climate of mystery and adventure becomes a great springboard for the brand’s models.

The encounter between two geniuses

The creative genius of Proksch is best expressed thanks to Optyl, the innovative material invented by Anger, with fabulous properties, light, durable, hypoallergenic, revolutionizing the world of eyeglasses.

The first models of ViennaLine, Gigi and Alt-Wien, are a huge success. The Gigi frame alone sells over 15 million pieces.

Contributing to this success is the commercial campaign: the ViennaLine eyewear posters have images with strong visual impact, with dancers and characters belonging to the world of entertainment, which make the line of glasses very popular all over the world .

In the following decades, ViennaLine is one of the most prolific frame manufacturers in the world and helped to spread the Cat Eye and Butterfly Wings models.

The new shapes for women’s glasses

The Cat Eye shape appeared shyly in the early creations of the mid-50s,with slight upward-facing tips at the outer corners. It is a frame with a strong personality, stretched outwards, thick but elegant because it thins at the bridge. It soon spread to the United States where it became very popular.

It is flanked by the butterfly Ali shape, less elongated and wider, but that gives an equally bold, elegant and feminine look that the women of the time adored.

The ViennaLine models, sophisticated and sinuous, are sometimes enriched with delicate decorations: silver watermarks, small stones and metal details that sometimes result in the baroque or more often refered to the delicate curves of art nouveau. Looking back, ViennaLine managed to create a timeless style and glamour with a retro taste.

ViennaLine owes much of its success to Udo Proksch, a brilliant designer and entrepreneur with a histrionic and creative personality, who in the 60s and 70s built numerous successful activities using his charisma and charm.

He is Carrera’s chief designer and for ViennaLine also designs a particularly bold and futuristic line of sunglasses, the “Serge Kirchhofer” which also became his pseudonym for Porsche Design creations.

In 1977, at the height of his success, he became the protagonist of a terrible news story, for destroying a ship and killing six people with a time bomb as part of an insurance fraud scheme. He was sentenced to life in prison in 1991 and this event had a strong impact on the image of ViennaLine, marking the end of an era for the brand.

Take a look at our ViennaLine glasses Visit the online shop