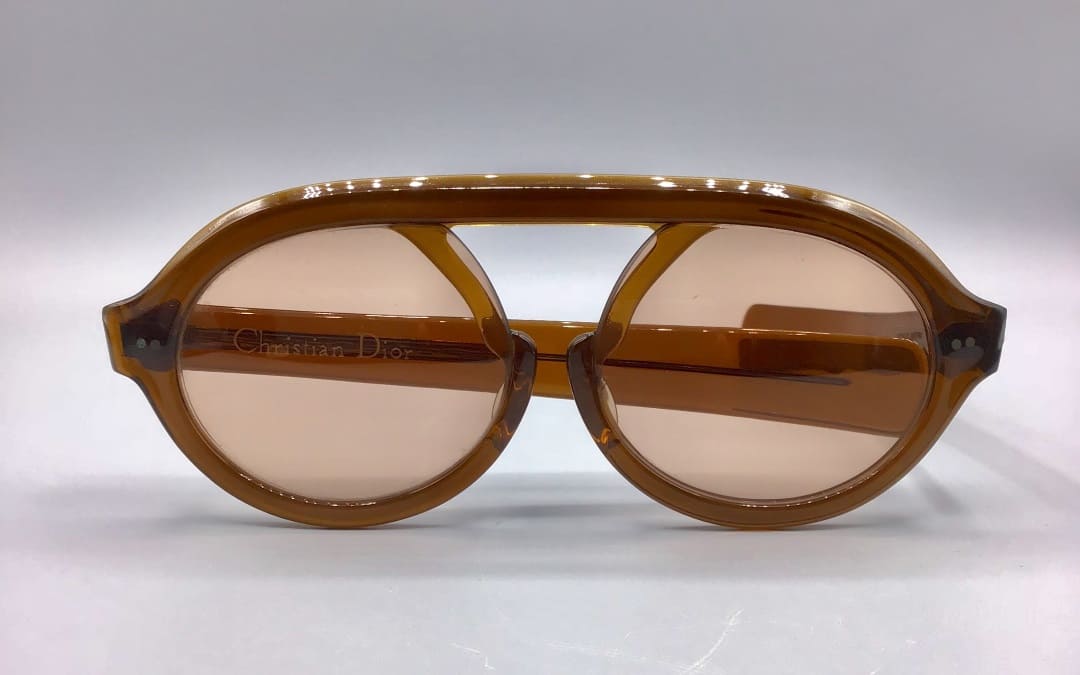 The beginnings of the maison Dior

The French designer revolutionized women’s fashion with his first haute couture collection in 1947. The lines he proposed were completely detached from the fashion of the time that had been affected by the war, its dramas and narrowness. Dior exalted femininity, with a creative genius who conceived new forms, wringing her waist and opening the skirt like the corolla of a flower. And “Corolle” was precisely the name of this collection, but it is known as “New Look”, a term coined by Carmel Snow, editor-in-chief of Harper’s Bazar, who highlighted its revolutionary appearance.

Each of his collections, since then, offered original and unique garments, always very feminine and elegant to which were combined with equally refined accessories.

Christian Dior was also an innovative entrepreneur. In fact, he licensed his perfumes and accessories to third-party companies. In particular, the glasses were produced in the 1950s by Tura, a New York company founded by an optician, Monroe Levoy. Tura glasses were high fashion accessories and at the same time works of art, in chiselled metal, with enamel and jewellery applications, available only to a very elite group of buyers.

In 1969, German eyewear manufacturer Wilhelm Anger, founder of Optyl International, was able to acquire a license from Dior and revolutionized the production of his glasses.

Using the Optyl, the lightweight thermo-hardening plastic of his own invention, he transformed luxury sunglasses into more accessible accessories to wear every day. The characteristics of this material also allowed for a greater range of models, from wide and original lines, unknown colors until then and delicate degradé of transparent, brown, green and grey colors that still characterize the style elegant and sophisticated by Dior.

As early as the mid-1970s, Dior’s eyewear collection dominated the optical industry and was continuously expanded until the 1990s. The Monsieur series of the 1980s was the most successful line, with elegant designer glasses for men.

In 1996 the license for the production of Dior glasses was granted until 2020 to the Safilo Group.

Even today, all Dior glasses are exclusive creations synonymous with modern elegance and optimal protection. Made from highly innovative materials, they are characterized by geometric lines and generous volumes that distinguish them for their originality, charm and elegance.

Take a look at our Dior glasses Visit the online shop