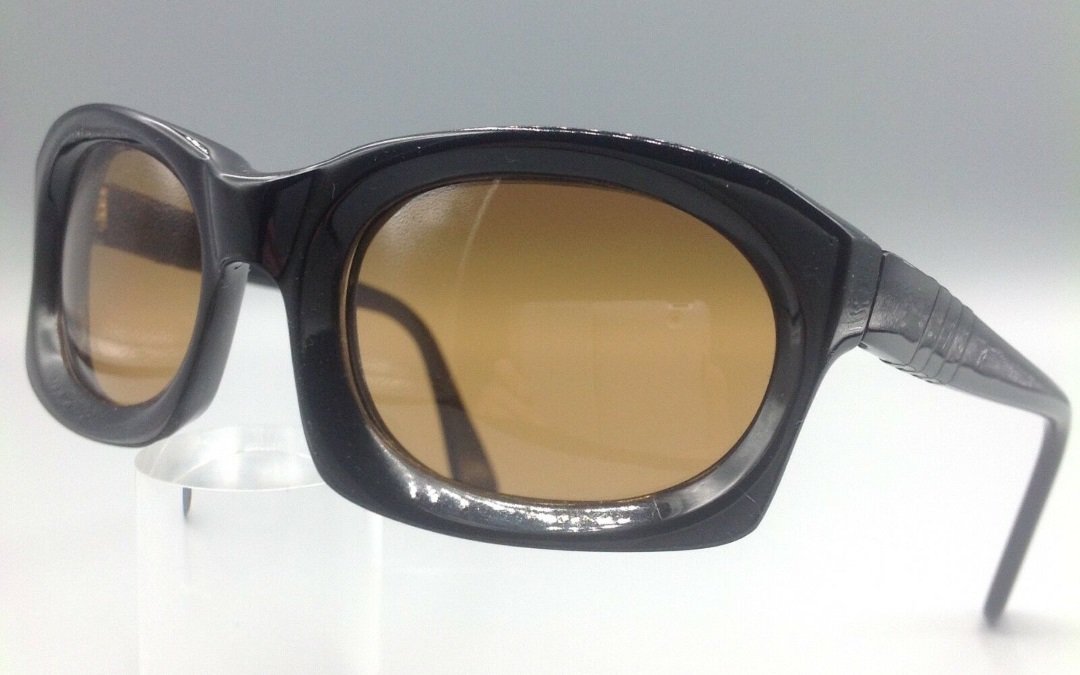 The beginnings and the Protector model

It was 1917 when Giuseppe Ratti, photographer and owner of the optics shop “Berry” in Turin, begins to develop glasses with exceptional features of vision and protection from sunlight, wind and dust, especially suitable for categories of workers such as aviators and pilots.

This was how protector glasses were born, with large smoky lenses to protect the eyes from the sun and an elastic band to support them on the head.

The lenses are profiled with a rubber sheath to fit the face, with small holes that create an air system for the best comfort of use.

This model immediately garnered the support of aviation, motorsport and motorcycling aces of the time such as D’Annunzio, De Pinedo, Ferrarin, Fangio and Bolognini and is used by the Armed Forces and pilots of the Military Aviation English. In the 1920s it was also adopted by military airmen from other countries, including the American one. Thanks to its characteristics and the high quality of materials and construction, the Swiss Military Department also employed it for its armed forces in 1924.

Birth of the Persol brand

Protectors evolved in the 1930s and are covered by 14 patents. The desire to create revolutionary glasses and excellence in terms of materials, construction and fit, led to the birth of the brand “Persol“, which recalls precisely the main function of protection from harmful rays (“from the sun”) .

The main features are the clean design, the purest silicon crystal lenses and the iconic arrow on the hinge of the temples element that appeared in those years and that still characterizes Persol glasses today. In addition, the Meflecto system, the world’s first flexible stem system designed for maximum comfort by eliminating pressure on the head from the arms of glasses are added

In 1957 the 649 model was born, made for tram drivers in Turin who need a wide eyeglasses to protect themselves from air and dust. The originality of his design led them having very successful eyewear, imitated by many, and dedicated to legend in 1961 by Marcello Mastroianni who wore them in the film “Divorce Italian Style”.

From the 1960s onwards, Persol developed products with unique features by experimenting with innovative materials for particular uses: for welding workers the “Labor”, for NASA “Four Glass” mountaineers with expeditions to the Himalayas, drivers of the legendary Paris-Dakar rally, for the Russian astronauts and for motorsport drivers like Jean Alesi the “Persol Sport”.

Not only that, they become favorites of famous people, especially of cinema such as Steve McQueen, (who in 1968 arrived on the set of the movie “The Thomas Crown Case” wearing a pair of 714) and in the early 1990s two models were created dedicated to Ornella Muti (mod. 830) and Carol Alt (mod. 853).

In 1995 the brand was purchased by Luxottica, which continues to produce it in the province of Turin with the use of the best raw materials, specialized labour, and with accurate testing.

These glasses remain a superior expression of quality in a product with an essential design and with perfect fit. Persol brand lenses in pure crystal ensure the absence of chromatic and optical aberrations and the complete absorption of harmful U.V. rays.

Take a look at our Persol glasses Visit the online shop